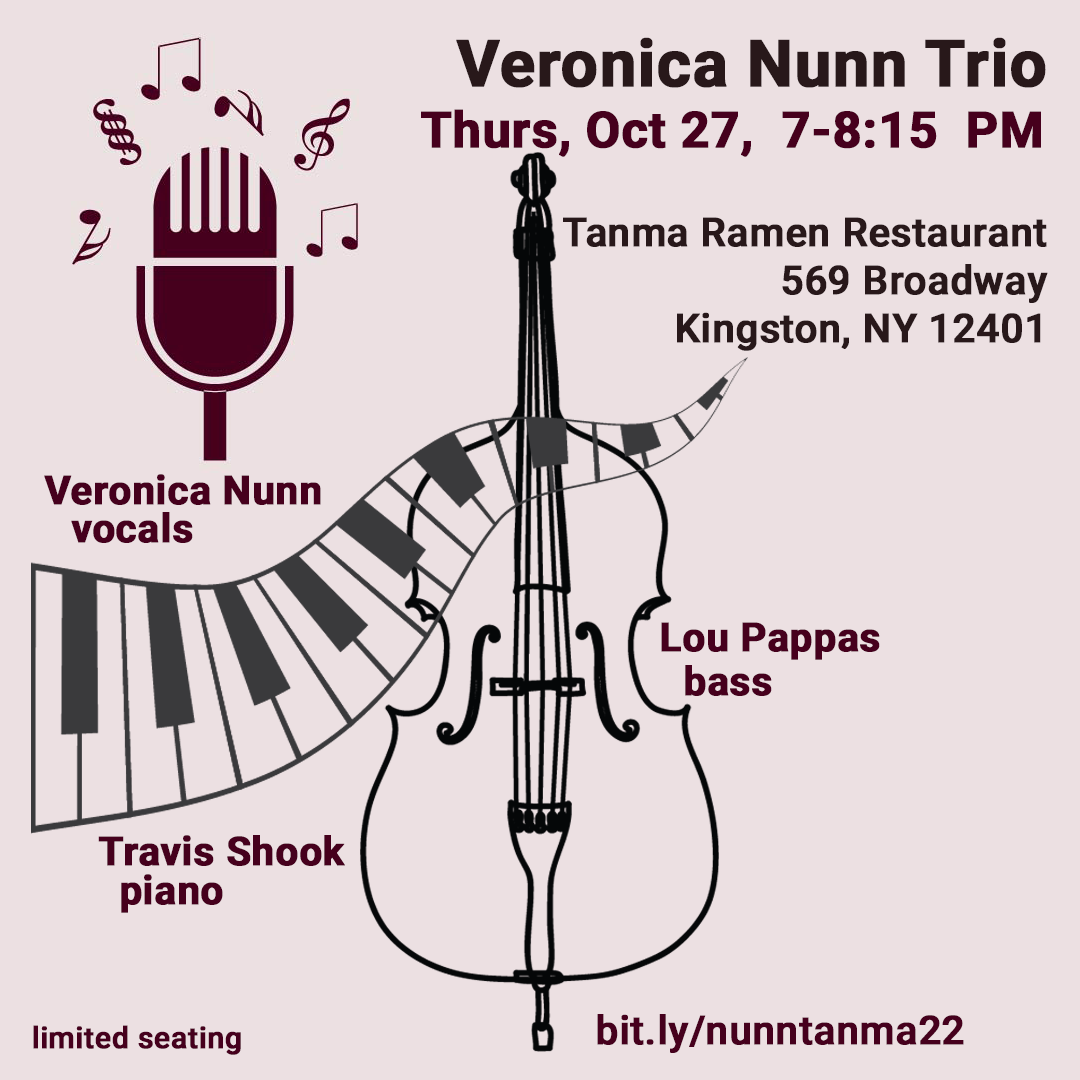 I will be performing with my group at Tanma Ramen. This authentic Japanese noodle house is now offering music along with its amazing cuisine and warm, intimate atmosphere.

Joining me will be the phenomenal Travis Shook on piano and the outstanding Lou Pappas on bass. $25 per person with a $20 minimum. Space is limited. Tickets are on sale now. Get them soon because space is limited.

Lou Pappas, bassist began his New York career in 1986 when he accepted the position as bassist with the United States Military Academy Band at West Point. Mr. Pappas retired from the Army in 2006, and has since kept a steady pace of performance with many groups in the New York area, such as the Hudson Valley Philharmonic, Taconic Opera Company, Woodstock Symphony Orchestra and the symphonies of Ridgefield and New Haven, CT.. His jazz work includes freelancing with a number of groups from Albany to Woodstock, New York City, Connecticut and New Jersey; including performances with such jazz greats as Jay McShann, Bill Watrous, Tom Scott, composer Patrick Williams, Barney Kessel, David Liebman, Paquito D’Rivera, Byron Stripling, Randy Brecker, Steve Turre, James Williams, Claire Fischer, Chris Flory, Dennis Mackrel, Billy Cobham, Louis Bellson, vocalists Natalie Merchant, Veronica Nunn, Lucy Arnaz, Elly Wininger, and Perry Beekman. In addition to his playing schedule, he has been teaching private and college-level bass for over 40 years, just recently retiring from Vassar College and the State University of New York at New Paltz.